Sangiovese: the number one most-planted grape variety in Italy.

It is a very complex wine varietal that offers great wines when made with single-variety vinification but that also gives strong emotions in blend.

Ranging from brilliant ruby to garnet, true Sangiovese wines should never be too dark in color because of the variety’s anthocyanin composition. Overall, Sangiovese shows aromas of red and black cherry, licorice, black tea and nuances of violet. With age, leather, undergrowth and even tobacco start to emerge. Regardless, Sangiovese always has high acidity and pronounced chalky tannins. Depending upon site, producer, and aging regime, they can be medium- to medium-plus-bodied with moderate-plus alcohol.

Sangiovese is almost always vinified dry and still. Styles vary greatly because Sangiovese is so widely planted and is sensitive to its varied microclimates, and because it is made into a 100% varietal wine as well as blended. Native grapes such as Malvasia Nera, Canaiolo Nero and Mammolo make good blending partners contributing freshness and perfume. It is not uncommon, however to find international varieties like Cabernet-Sauvignon, Merlot and Syrah added in; these varieties contribute certain uncharacteristic elements, including color and richness and can be used to soften Sangiovese’s often searing acidity.

Here 10 things that you should know about this grape variety: 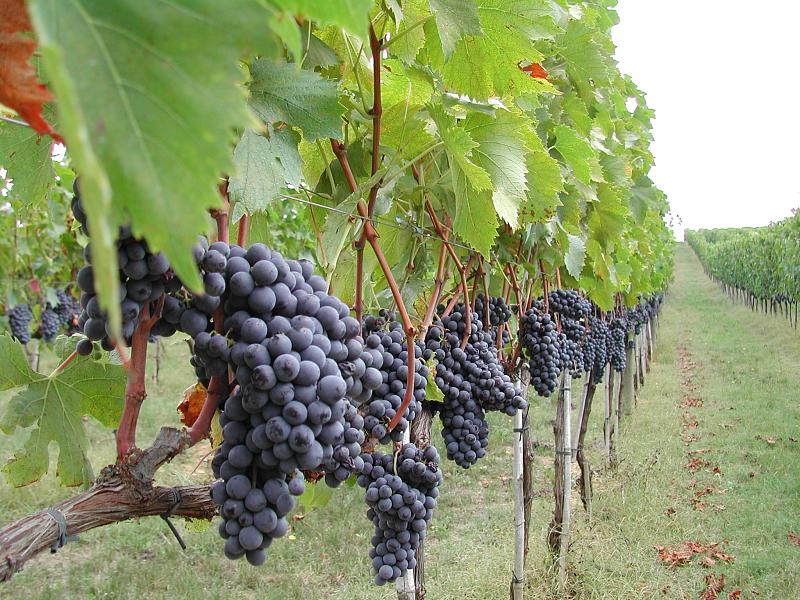