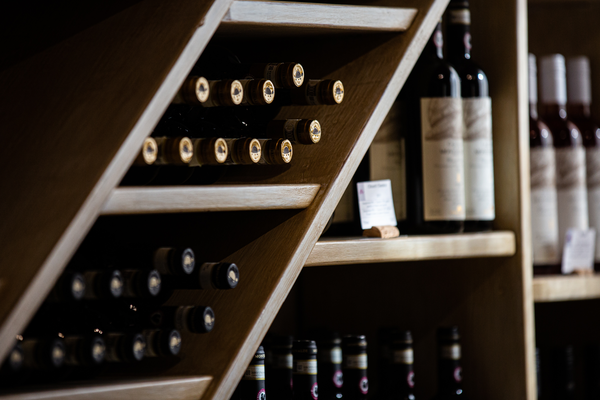 We thought we knew everything about the world of wine… and yet we need to think again! And perhaps you will change your mind too…Here are some interesting facts about wine that you might not have known:

1. What was the first DOCG in Italy?

The first red wine to be awarded the Italian DOCG was from Tuscany! The Vino Nobile di Montepulciano, in 1980! The first DOCG given to a white wine, on the other hand, was for the Albana di Romagna DOCG, in 1987 (then Romagna Albana DOCG, from 2011).

2. Which country in the world drinks the most wine?

The Vatican is the country which consumes the most wine in the world. The California Wine Institute calculated that, in 2012, the Vatican City consumed a record amount of 74 litres of wine per person. Obviously, this is per capita consumption and maybe the Vatican City has benefited from the amount of wine used to celebrate Mass! What’s more, the number of inhabitants is incredibly small, only 605 people!

3. Which country in the world has the greatest number of vitis vinifera?

With more than 350 grape varieties, Italy holds the top spot in world rankings.

5. Why is the bottom of the bottle bell-shaped?

The concave shape of the bottom of the bottle was invented in the 4th century to give better stability to the blown-glass bottles. This curvature in the glass also allows sedimentation of the wine and allows the wine to be poured following Galateo’s rules.

6. How can you be sure that a bottle contains exactly 0.75lt?

Maybe you have never noticed but at the bottom of each bottle there are usually two measurements indicated: 75 cl and 70 mm. These numbers indicate that, in order to contain exactly 75 cl, the level of the wine has to be 70 mm from the top of the bottle!

7. Which grape variety is the one most cultivated in the world?

The most cultivated vine in the world is Cabernet Sauvignon, followed by Merlot.

8. How many calories are in a glass of wine?

9. How many Olympic-sized swimming pools could we fill with all the wine produced in Italy?

Approximately 48.8 million hectolitres of wine are produced in Italy each year: an amount that could fill 2,151 Olympic-sized swimming pools!! In fact, Italy produces over a quarter of the wine produced in Europe.

10. What speed can a cork from a bottle of Champagne reach?

The average speed that a Champagne cork can reach is about 65 km/h. It seems incredible but an insane record exists of a cork registering 106 km/h!

11. Where does the term Sommelier come from?

Sommelier is a French term and comes from: somme (a pack animal) and lier (to tie up), literally, therefore, it means “someone who drives pack animals”. Napoleonic soldiers, who were responsible for transporting wine, started to take in interest in the product in another way, until they became experts in it.

12. How many grapes make a bottle of wine?

The term, “infinocchiare”, in Italian , means to cheat or deceive…so what has this got to do with wine? In past centuries, when an innkeeper had to serve customers very, very bad wine, he would always serve it with fennel – “finocchi” in Italian. Fennel, especially if eaten raw, tends to temper and alter the perception of unpleasant flavours.

14. Where is the most famous wine cellar in history?

One of the most famous wine cellars in history is actually under water, sunk in 1912! It’s the wine cellar on the Titanic! Explorers of the wreck found, surprisingly, a large number of bottles still intact and in good condition.

15. What is the most expensive bottle in the world?