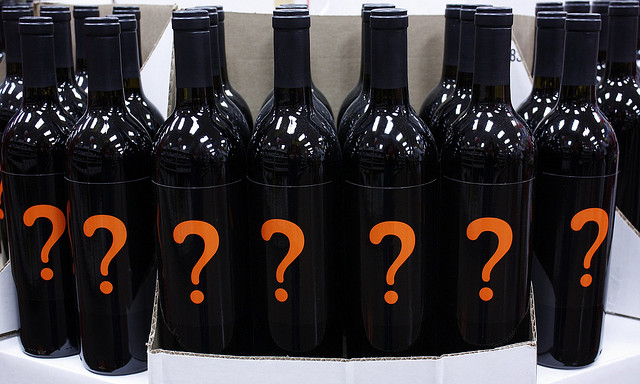 07 May Dear producers, which wine do you drink?

Investigative report by Winesurf.
Dear producers, which wine do you drink at the table? Here are the answers!

95 wineries from 8 regions responded to our survey about what producers drink “in private”. The greatest number of responses came from Tuscany with about thirty of them, followed by Piedmont and Veneto with less than twenty, a dozen from Sardinia, and then the rest divided among Friuli, Emilia Romagna, Abruzzo, and Lombardy.

A good part of these decided to remain anonymous, but at least twenty left their signature.

Let’s start by saying that the picture emerging from this simple (and partial) survey is very interesting in various aspects. The first is that wine producers honor both their wine and that of their colleagues for lunches and dinners at home: they almost always do not stop at one glass, they easily reach two or more. In particular, not even 18% of the interviewees said they drink only one glass of wine, while almost 40% get to three and even more than three.

On average how many glasses of wine do you drink during home meals (not in restaurants)?

But we are not in front of people who drink to drink, because 100% and we reiterate 100% of the producers interviewed said that at home they also open bottles of their colleagues. This is really important and reverses so many clichés about producers drinking only their wine. Maybe there are some of this type, but producers that we consider evolved, i.e. those who have answered our questions, often taste wines of their colleagues. This means that they do not settle but try to better themselves even in the most ordinary and peaceful moments of the day.

Do you regularly drink your own wine/wines during meals, or do you open bottles from other producers?

We were very pleased to find this out, and above all to understand that they are not isolated cases, because at least 40% of respondents open at least 3 bottles of their colleagues a week and among the 20% that open more they reach 4-5 times a week.

This means that every 2-3 meals our producers open, taste, discuss, admire, criticize bottles from colleagues and competitors. We can only tell them, bravo!

In the second case, in a week, on average, how often do you open bottles from other producers?

At the restaurant, not for business lunches of course, the situation is almost the same. Almost because less than 10% always order their own wine but over 90% order wines from colleagues. This is a good result, but the best comes now, both because in that 90% basically everyone, out of 10 lunches or dinners, orders at least 2 times bottles of colleagues, but above all because more than 70% orders at least 5-6 times out of 10 the wine of a colleague, and many of these do it always! We’ll say it again – always!

It is really interesting to see wine producers under this light, as people who very often order wines from other wineries at a restaurant: for curiosity, to learn, to criticize, to discuss and compare.

Do you always order your own wine at a restaurant (not for business lunches)?

If not, how many times out of 10 do you order a colleague’s wine?

And they drink well too!

Apart from what you produce, could you mention the three types of wine you prefer?

This was a multiple answer, in the sense that everyone could indicate how many wines they wanted.

Many types were mentioned: the most popular are sparkling wines, both Italian and foreign, with over 50 preferences. Interesting fact that a dozen producers simply drink Prosecco. Then the great Nebbiolo-based wines (Barolo and Barbaresco) with about 40 preferences, then the Burgundian Pinot Noir with over 30 (good Pinot Noir Alto Adige with a dozen mentions). Over 30 preferences among the Tuscan Sangiovese, especially Brunello and Super Tuscan, about 20 preferences for Bordeaux and German Riesling wines, and over 10 mentions for organic, biodynamic, and Orange wines. Other preferences scattered among Chablis, South Tyrolean whites, and other foreign wines in general.

The last question was about the annual expenditure to purchase other wines and here we need to make a disclaimer. Many producers wrote to us that at each fair they participate in, they exchange bottles with colleagues and perhaps for this reason the annual expenditure for other wines is not very high. In fact, less than 30% admit to spending more than 1000 € per year, and this figure somewhat contrasts with the fact of drinking quite often the wine of colleagues both at home and at a restaurant. Perhaps some producers thought that the expenditure did not include lunches at a restaurant; the fact is that Italian producers seem to be excellent “wine swingers”.

On average, in a year, how much money do you spend to buy wines from other producers?

And with this we conclude this short survey, which presented to us a truly positive model, where producers almost never entrench themselves behind their product, but are instead open and seek the wines of the competition.

This can only be a good omen for an increasingly, qualitatively, high-level future.

Another survey provided by Winesurf is here