This recipe could be intended as a tasty side dish, but also as a succulent course to be tasted alone, easy to prepare and to preserve.

Start with washing and drying the peppers, throw the stalk, the seeds and the internal fibers, then divide the peppers into medium pieces of about 2×2’’

Pour the vinegar with the sugar and a little of salt into a small pot and light the fire. As soon as the sugar and the salt melt, raise the flame and add a part of the cut peppers.
Advice: Do not put all the peppers together, it is better to cook them a little at a time.

When the vinegar starts again to boil, cook the peppers for maximum two or three minutes. After that, took them from the pot, removing the liquid, and let them cool. Repeat this process for all the peppers until they finish, then let also the vinegar to become cool.

While they are cooling, arrange the pepper pieces well pressed into the little jars, letting an empty space of at least ¾” at the border of them. Cover the peppers with the cool vinegar, until there is a cm of it above the peppers. You should also insert the spacers to avoid that the peppers, coming up to the surface, could enter in contact with the air.

Close and preserve at least for 3 weeks before eating them.

Using small jars is advisable, because once that the jar is open, the peppers should be eaten in a few days. The peppers that remain into the jar could become darker, because of the natural oxidation process.

Sweet and sour peppers are very good combined with boiled or stew meat, but also alone they are a real delicacy. 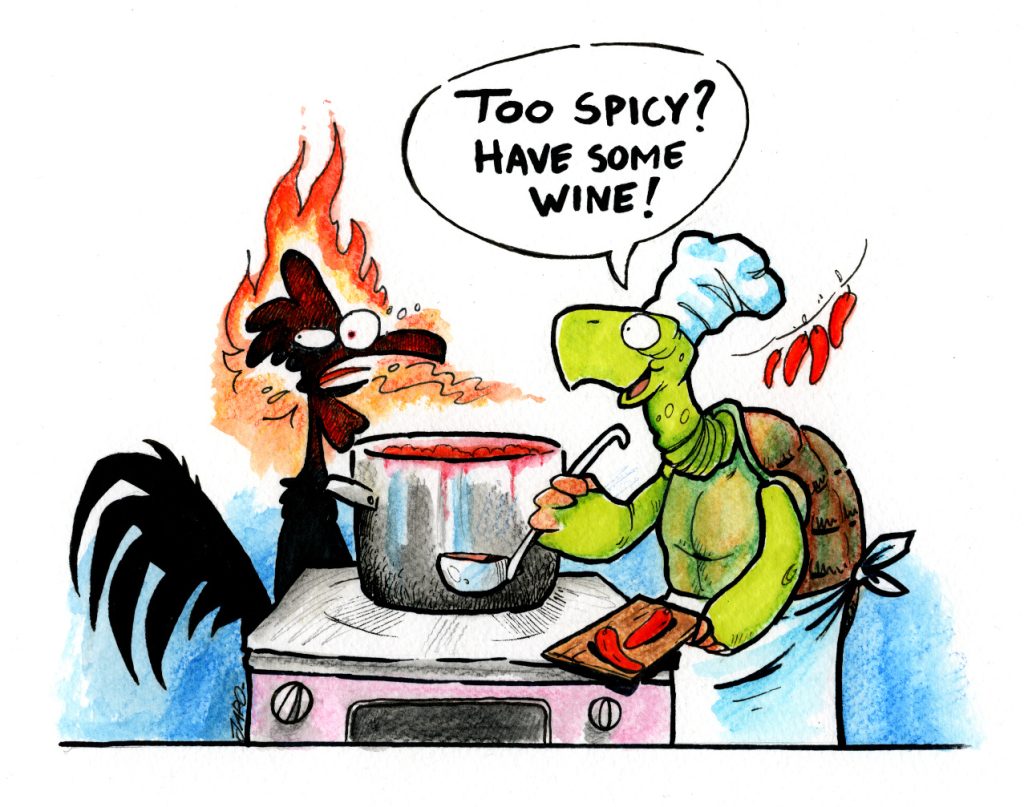